It was a milder day with overcast skies and I decided to install the front RS 24 Malossi Shock and the Brembo Brakes. I would have continued to install the Rear but I want to install the Malossi Exhaust at the same time and I discovered that I need an Oxygen Sensor Socket to remove and re-torque the oxygen sensor to the new muffler head. They only cost $ 12.00 but the stores are all closed for Good Friday. So this will be a job for another day.

The installation of the Brembo Brakes was simple, easy and fast. No difficulties at all. However, the shocks on the other hand required some ingenious solutions with respect to some design challenges when it comes to simple nuts and bolts. Now that I have the solution, doing it all over again for Chantal’s GTS-300 will be a breeze.

I made a video of the installation or half of the installation. What happened at some point was that I got confused with the camera and it was recording the ground while I worked and stopped when I wanted to record. So for the last half of the install I just explained it and did a lot of pointing to the finished project. I am sorry for that! But the video and the following instructions taken (with permission) from a Modern Vespa Post should help you if you wish to attempt this install.

Enclosed is a step-by-step walk thru of a aftermarket shock install. My 2007 Vespa GTS 250ie OEM front shock will be replace with a RS24 Malossi. The intent of the install is to smooth out the Vespa’s ride and allow preload type adjustments on the front shock. I have found my suspension will bottom out when I ride 2-up. By cranking up the preload I hope to elevate this issue. I will be outlining the rear shock install in another separate thread. Shock is $259 and part # M4614137 from scooterwest 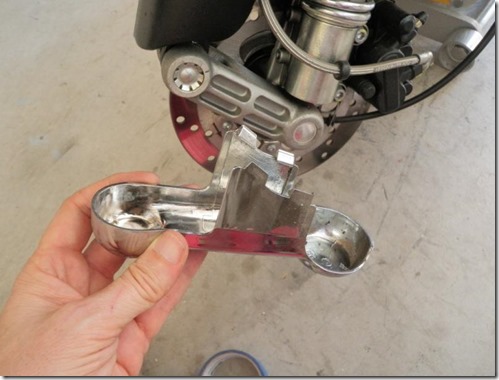 and remove, place aside 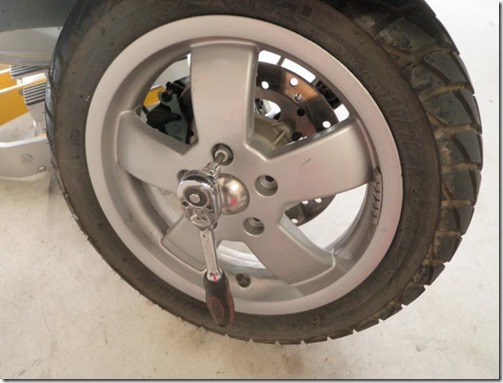 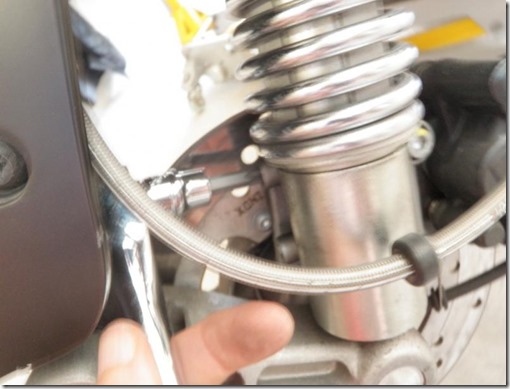 come in from this direction 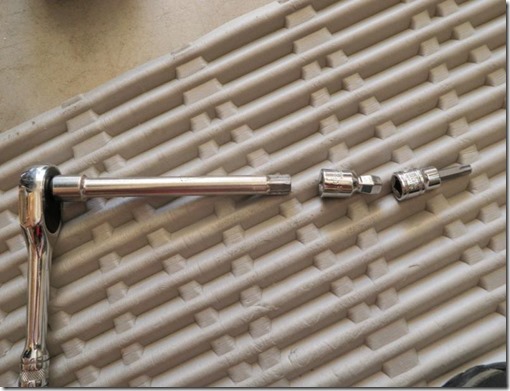 2x lower fasteners removed, no nuts involved as the threads are in the shock 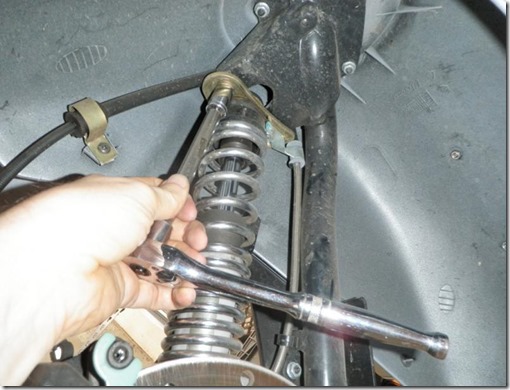 upper shock bolts, this is the easy one, socket just fits over nut. Lefty-loosy-righty tighty

this is the difficult bolt as a socket will not fit, the shock is too wide for proper socket to fit, even with wobble adaptor, need to unthread with open end wrench 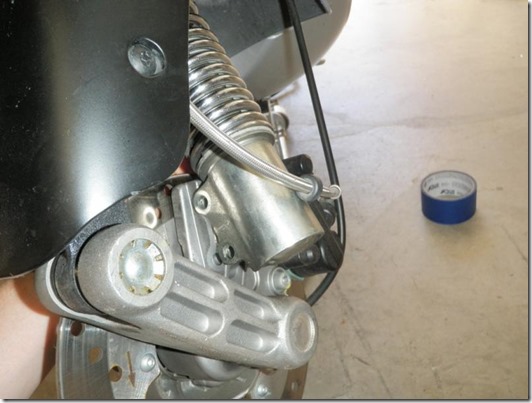 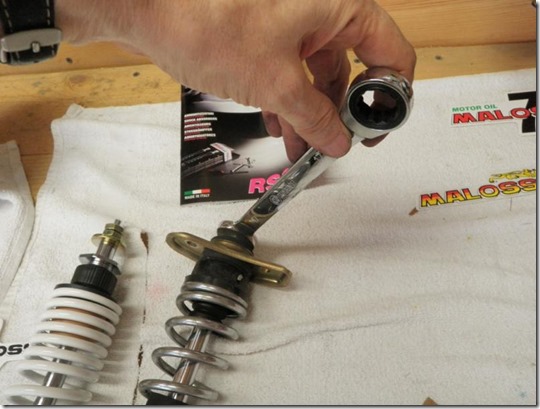 remove the stack-up getting to lower damper

add these other items to RS-24 shock 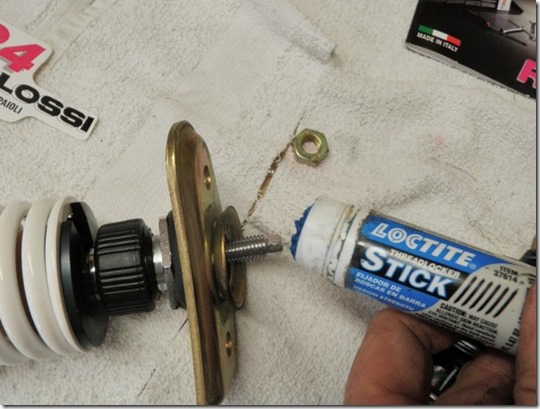 hand tighten, will torque to spec later. Note the upper bolts are not secure, they are retained from spinning but can move vertically. So go slow or frustration will set in

I omited the next few slides because they deal with the issue of Malossi’s older shocks that did not have the threads in the shocks. The new Malossi RS 24 have the thread and this is not an issue. 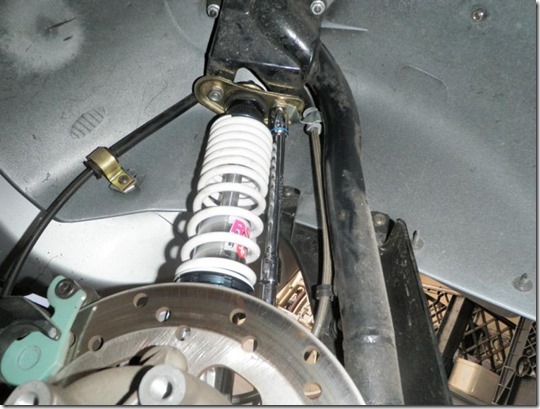 RS-24 shock is narrower than OEM, so a socket will fit over the difficult upper nut, torque proper 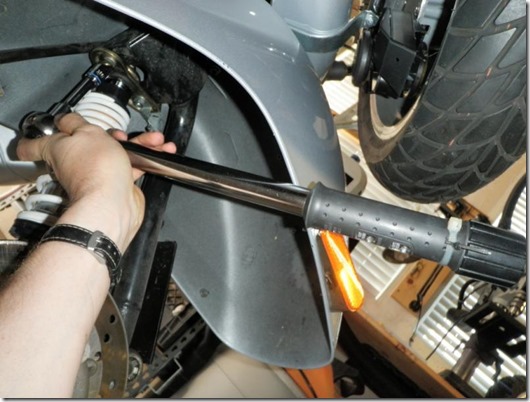 Help make Riding Adventures better and leave a comment. Additionally, please spread the word and share this blog on your Facebook and with Friends and family. Cancel reply

This site uses Akismet to reduce spam. Learn how your comment data is processed.